Came home to find a nice haul in my mailbox today. 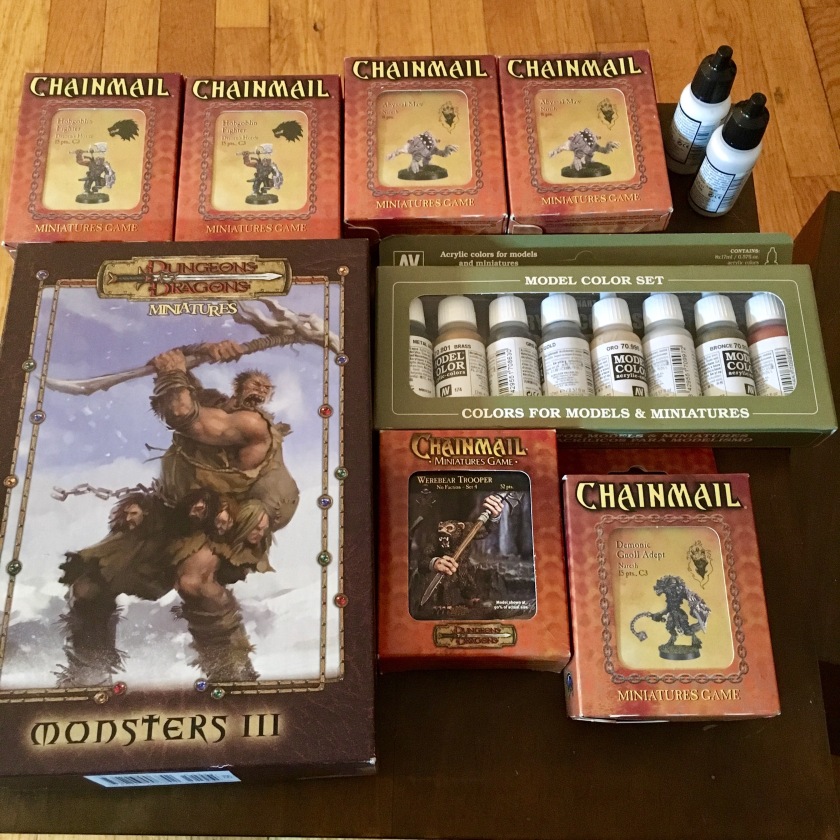 A guy on a miniatures trading page on Facebook had a big lot he was selling. The standout was the Werebear Trooper, an unaffiliated figure that I have not seen for sale anywhere else. He sold it for a decent price, and I picked up a few of his other pieces, for which I have duplicates. A couple of Hobgoblin Fighters, a couple of Abyssal Maws, and a Demonic Gnoll Adept. I'm looking ahead to playing Chainmail and these will be utility pieces, I think.

I also picked up the Hill Giant to complete my collection of Drazen's Horde figures. I now have at least one of all those officially released for this faction. In fact, I've got more Drazen pieces than any other faction. Along with the Giant came another Orc Berserker and Goblin Scout. Not thrilled to have either one, since I've already got several of each. But this box is the only way to get the Giant.

I also picked up some Vallejo paints. I've been frustrated with the consistency of Reaper metallics and I've heard good things about Vallejo's Model Color line of metallics. So I'll give them a shot. I also got a bottle of "Metal Medium," which adds a metallic shimmer to other pigments, and Glaze Medium, which is a drying retarder that is supposed to make wet blending of colors easier. We'll see.

I have a backlog of work left over from the weekend. Life intervened and I haven't had much time to paint. I hope I'll be able to correct that this week.