I haven’t had a chance to update the blog lately. Too much stuff going on elsewhere, and I took a little time to paint some non-Chainmail collection stuff.

But I’ve finally finished and based the Bugbear Trooper, and wow is it a beauty. 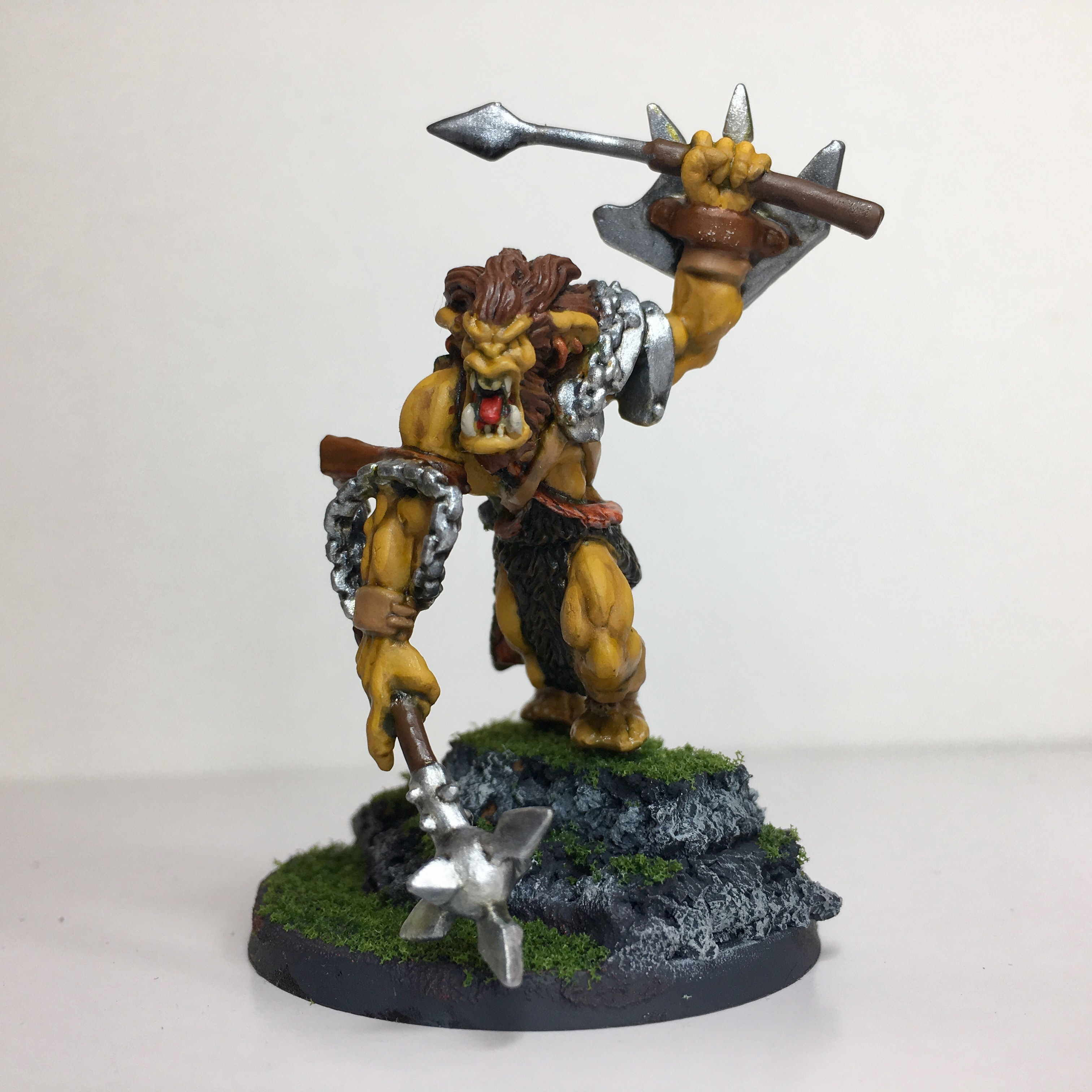 Gorgeously defined musculature. A really energetic pose. And a sculpt that is clear, abounding in texture variation, and really fun to paint. The contrast between the chain and the fur, in particular, is what makes this figure pop. That and the pose. Wow. 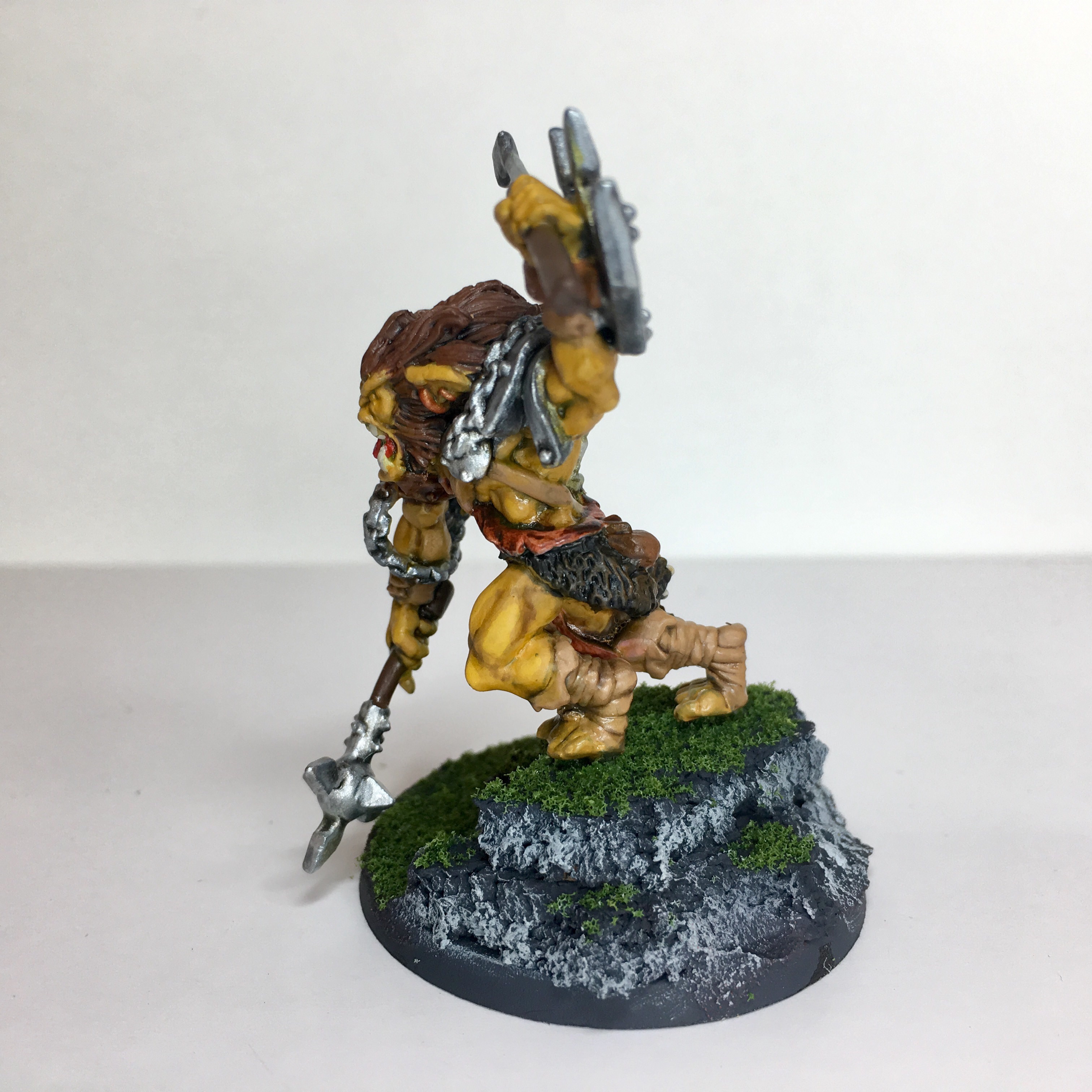 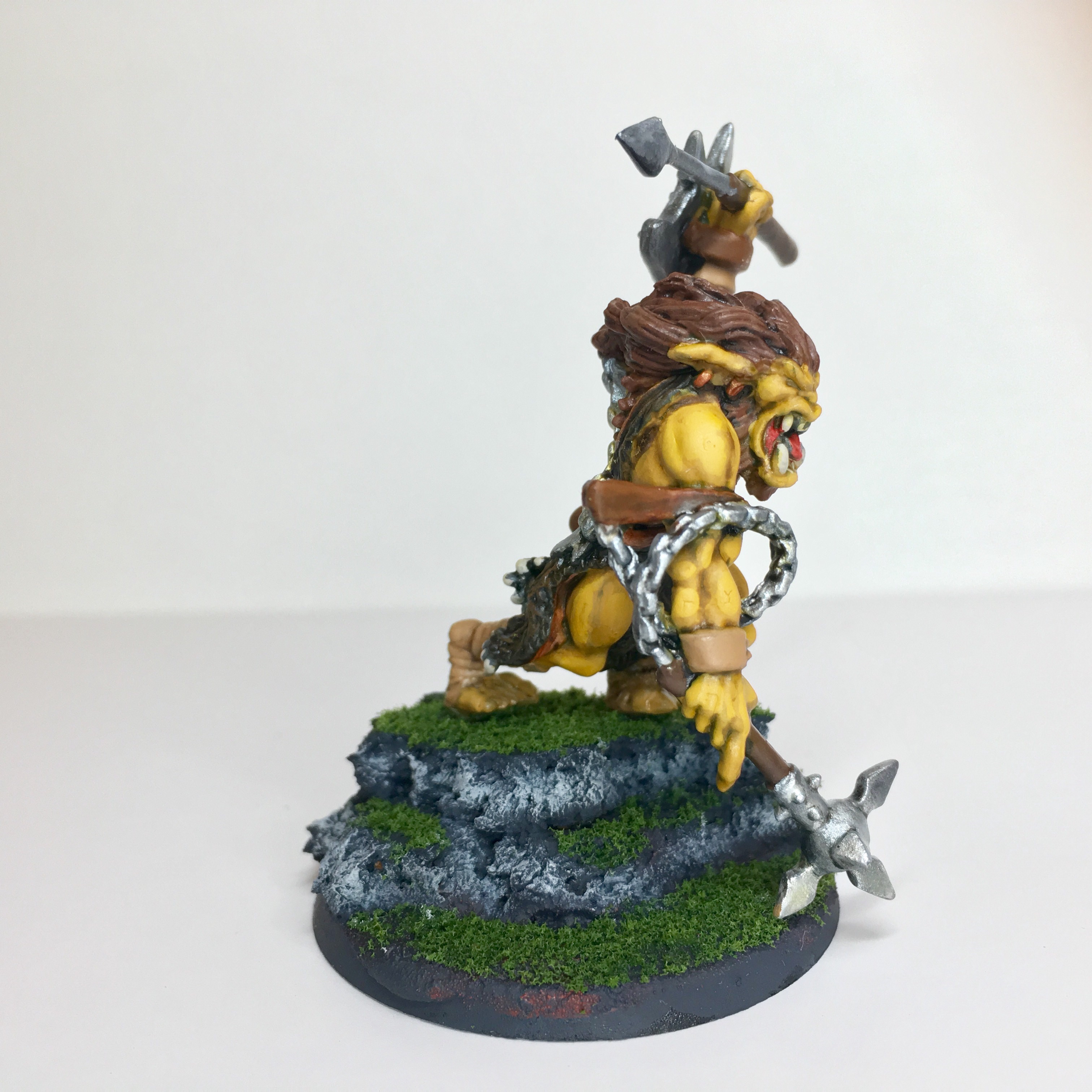 I went with the traditional yellowish-brown for the bugbear’s skin. There are enough green and pink tones in the faction already. I decided to stay canonical here and with the coming Hobgoblins, who will be reddish. Washed the whole thing in Vallejo umber and then put in the highlights. I finished the whole with a glaze of yellow ink, which brought down the highlights and tied the figure together nicely. 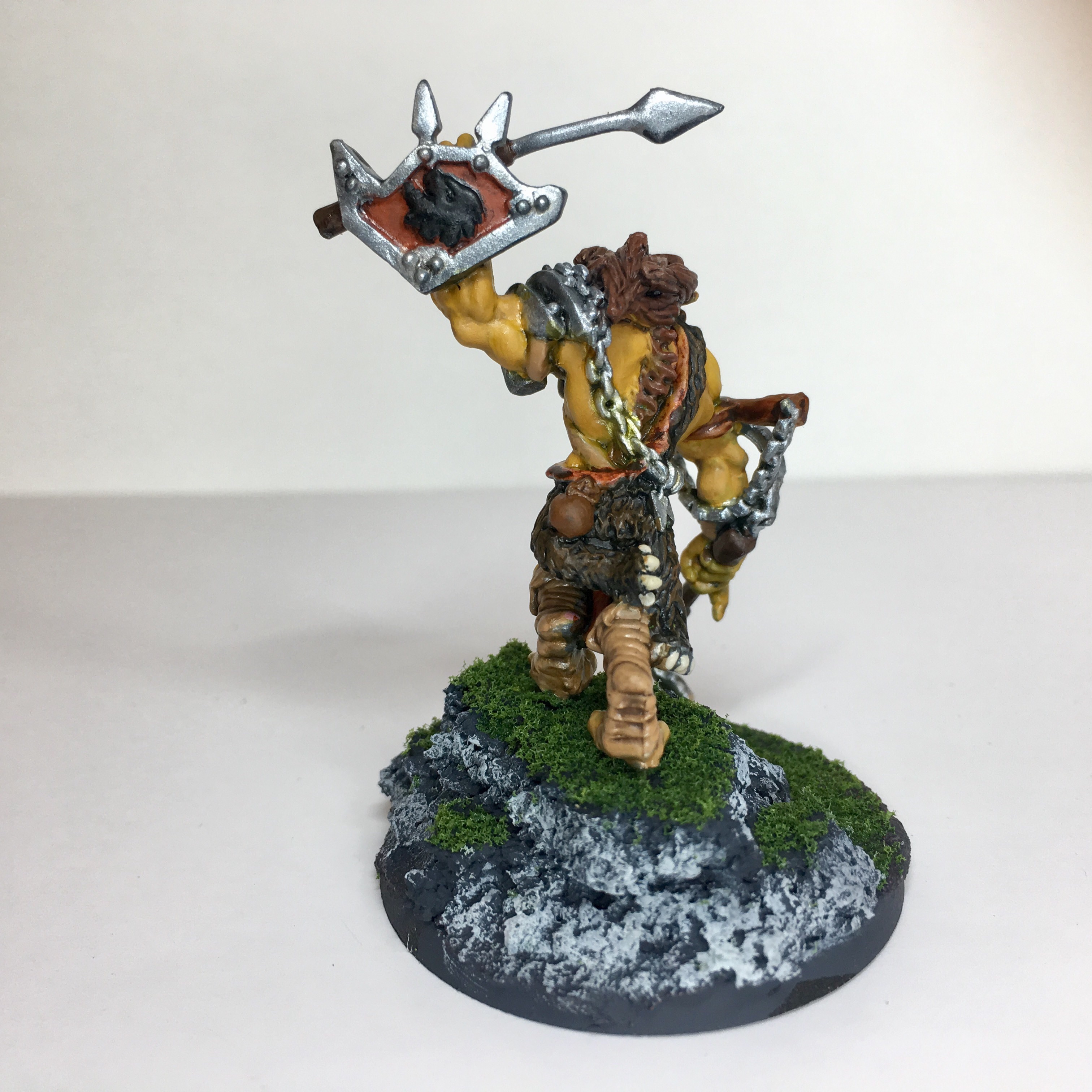 The inside of the cloak I treated the way I’ve been treating all tanned hides: pink undercoat followed by a glaze with Vallejo flesh ink. I still like the effect a lot.

While I was painting this figure, I also took time out to paint an Orc Berserker in non-standard colors for a reddit painting exchange. I’ve got like 6 copies of this figure so it was nice to see one go to a good home. I used the Vallejo metallic glaze medium to give his axe a metallic ice effect. I like how it turned out. That was a dry run for some plans I have for the Mordengard communist dwarves. The other figure is Trista the Loremistress, one of the Reaper limited edition 25th Anniversary figures released this year. This was a commission for my daughter, who specified blue dress and a brown bodice. 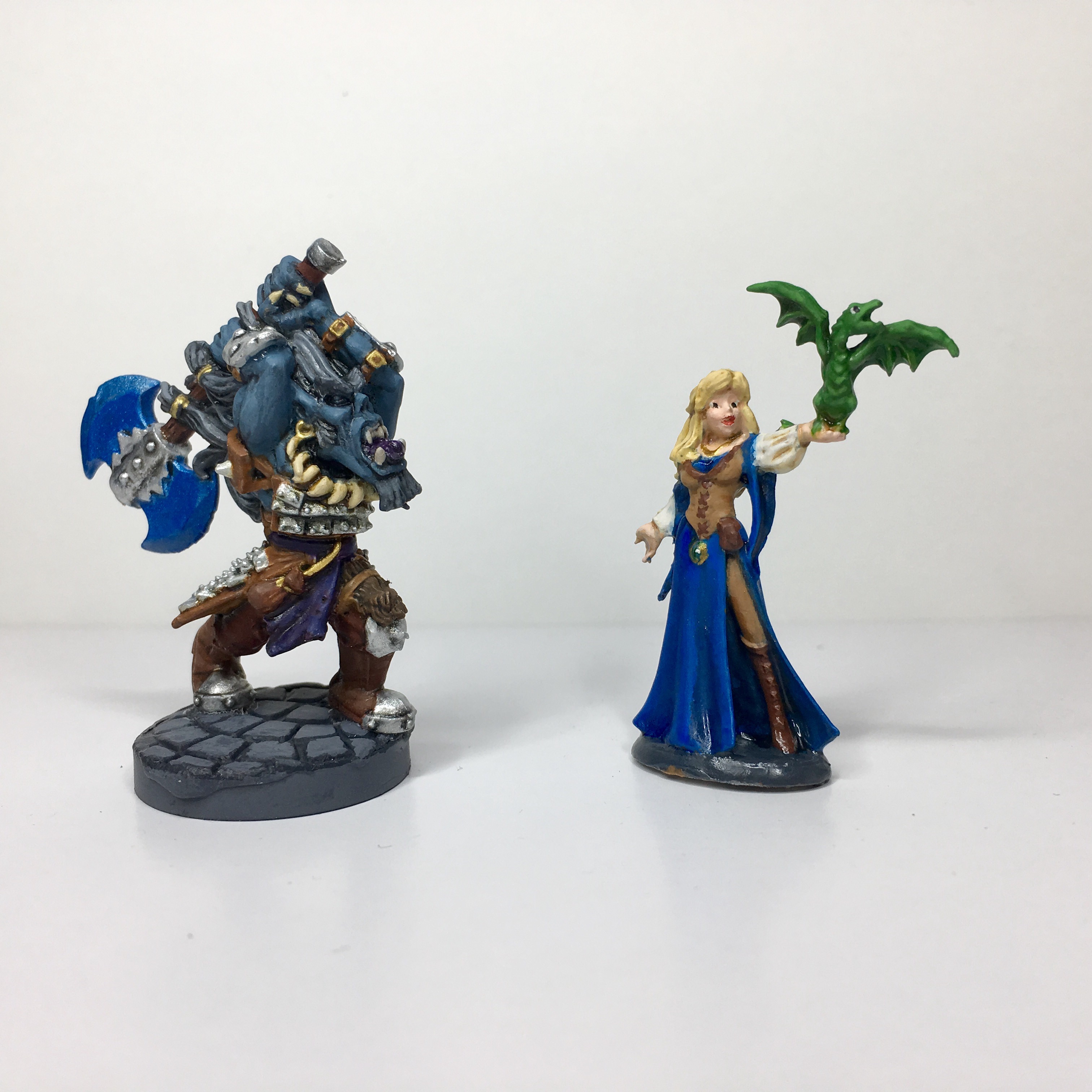 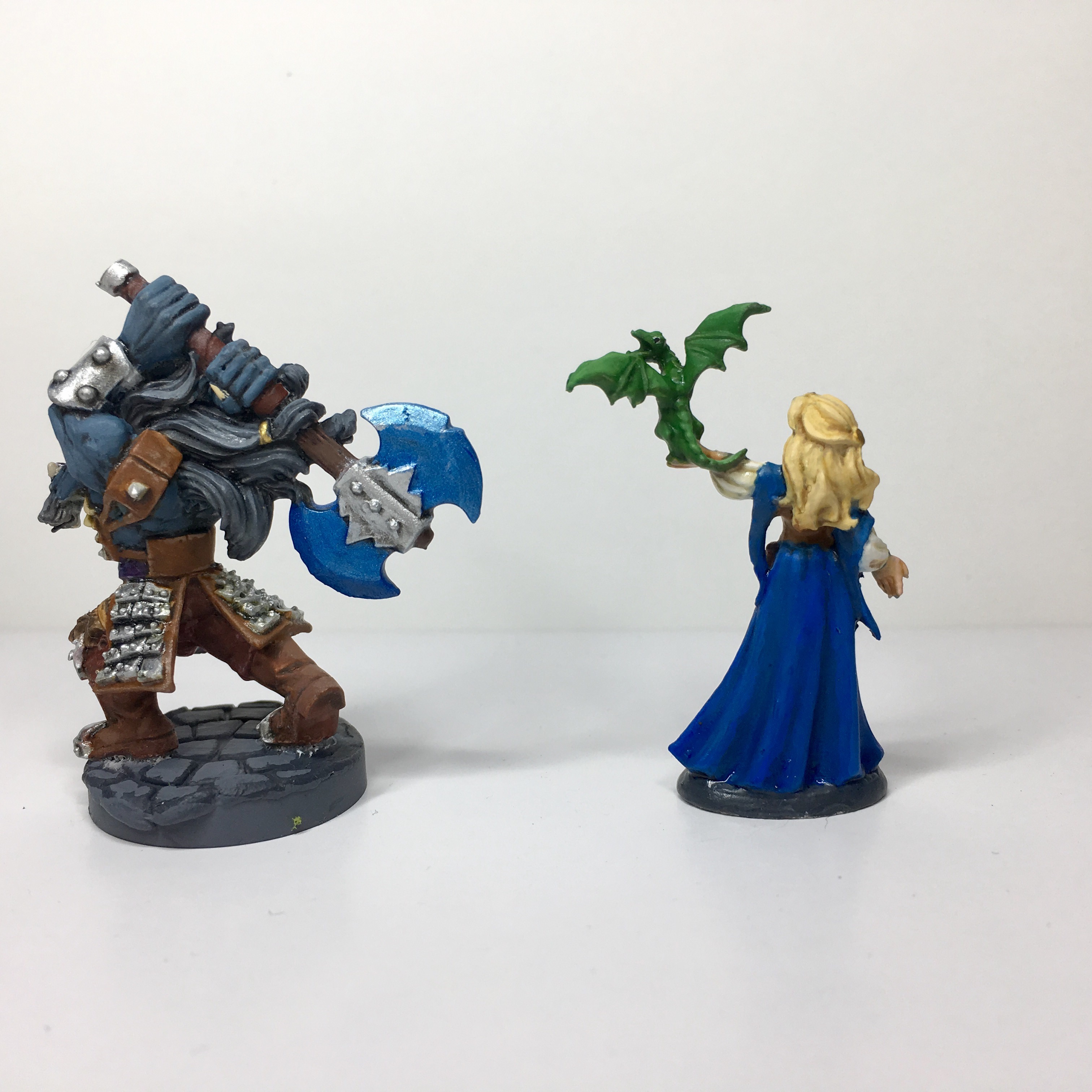 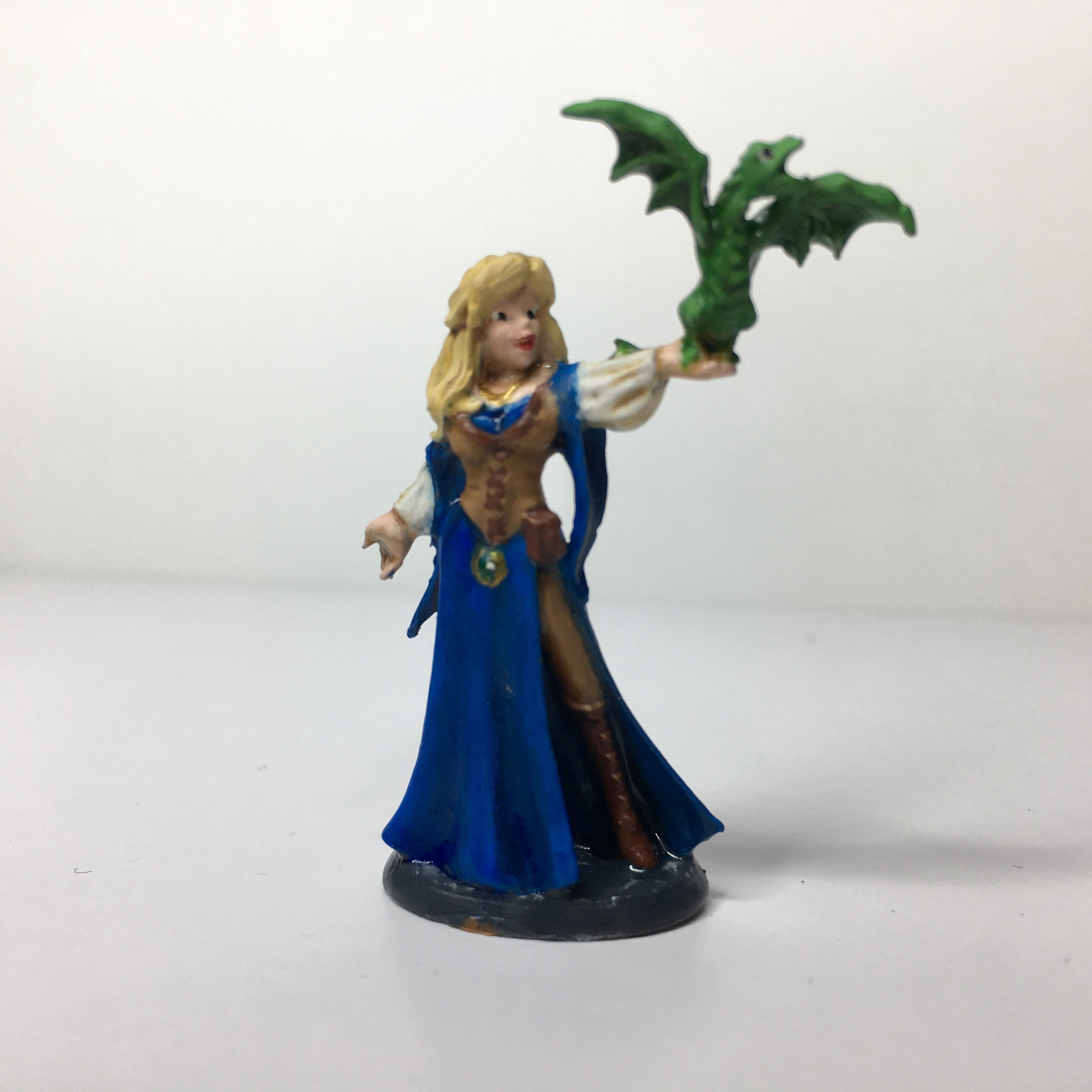 Just this morning I finished the Dire Boar. Once that is based, I’ll post it too.