I’ve started painting the Ahmut’s Legion faction now. First on the agenda is these little guys: 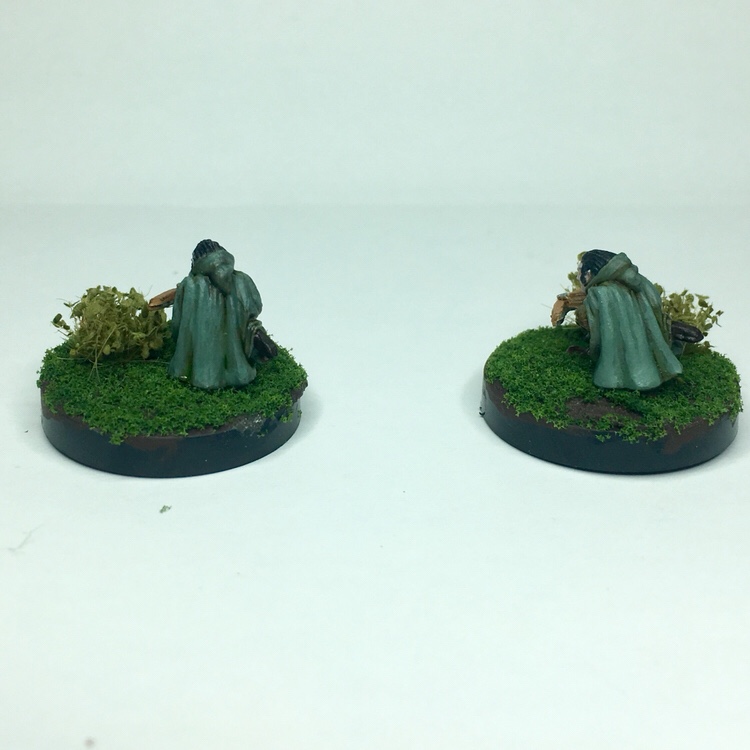 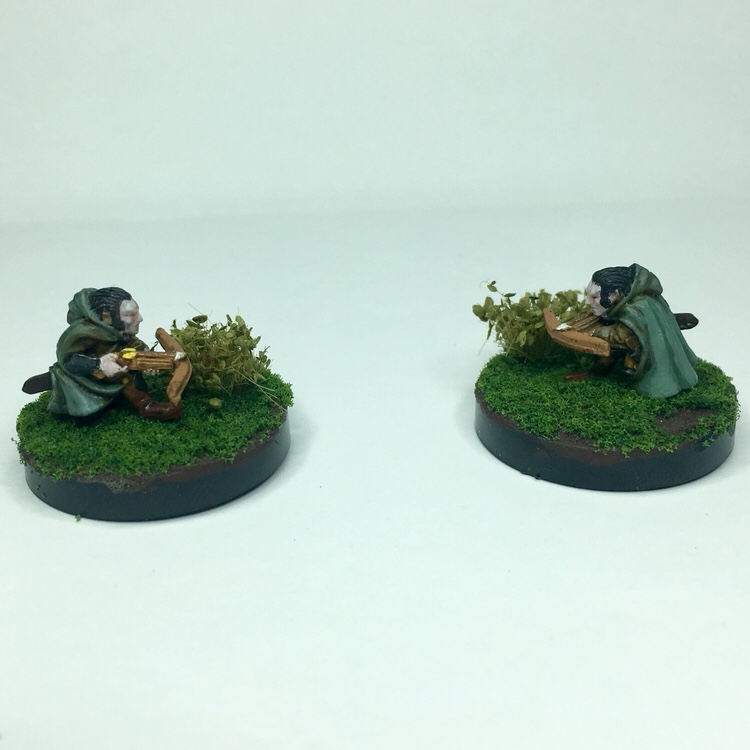 Painting them was pretty straightforward. I went with Reaper Vampiric Skin with Vallejo Flesh Wash to add some contrast. Other than that, I left the faces alone. I’m using black & yellow as the Ahmut faction colors. So I gave them yellow pants and fletching on their quarrels, and flat black armor pads on the arms. The shirts I did in Reaper Khaki Shadow and the outer cloak is Highland Moss. I was going for a sort of commando look here.

The real pain in the ass was assembly. Unlike the Goblin Scouts, which have a fixed crossbow stock and need the prod glued in place, the Halfling Sneak required gluing in two places, both hands wrapped around the stock, and then placement at two simultaneous pressure points. For a full sized figure, maybe this is doable without mishap. For a piece this small, though, the assembly process is murder. Add to that the imprecision of the part size and you’ve got a perfect recipe for frustration. It took a while and I gummed up my paint job a bit, but I finally assembled them.

Next up is the Crazed Minotaur Cultist. I still need to strip and re-prime the Hill Giant to complete the Drazen run. But I confess I’m a little intimidated by the job, so I’m pushing forward with the Ahmut’s Legion figures until I get some courage to return to it. After that, I’m hoping to take some photos of the whole faction in one place.

I also finished this figure, who will represent Sir Braford, the paladin fallen under the spell of the wicked druid Belak in my Sunless Citadel run through.

I’m pretty happy with how his armor turned out, though the transition to the cloak looks pretty bad and will irritate me for a while. Next up on that front is a bunch of kobolds.