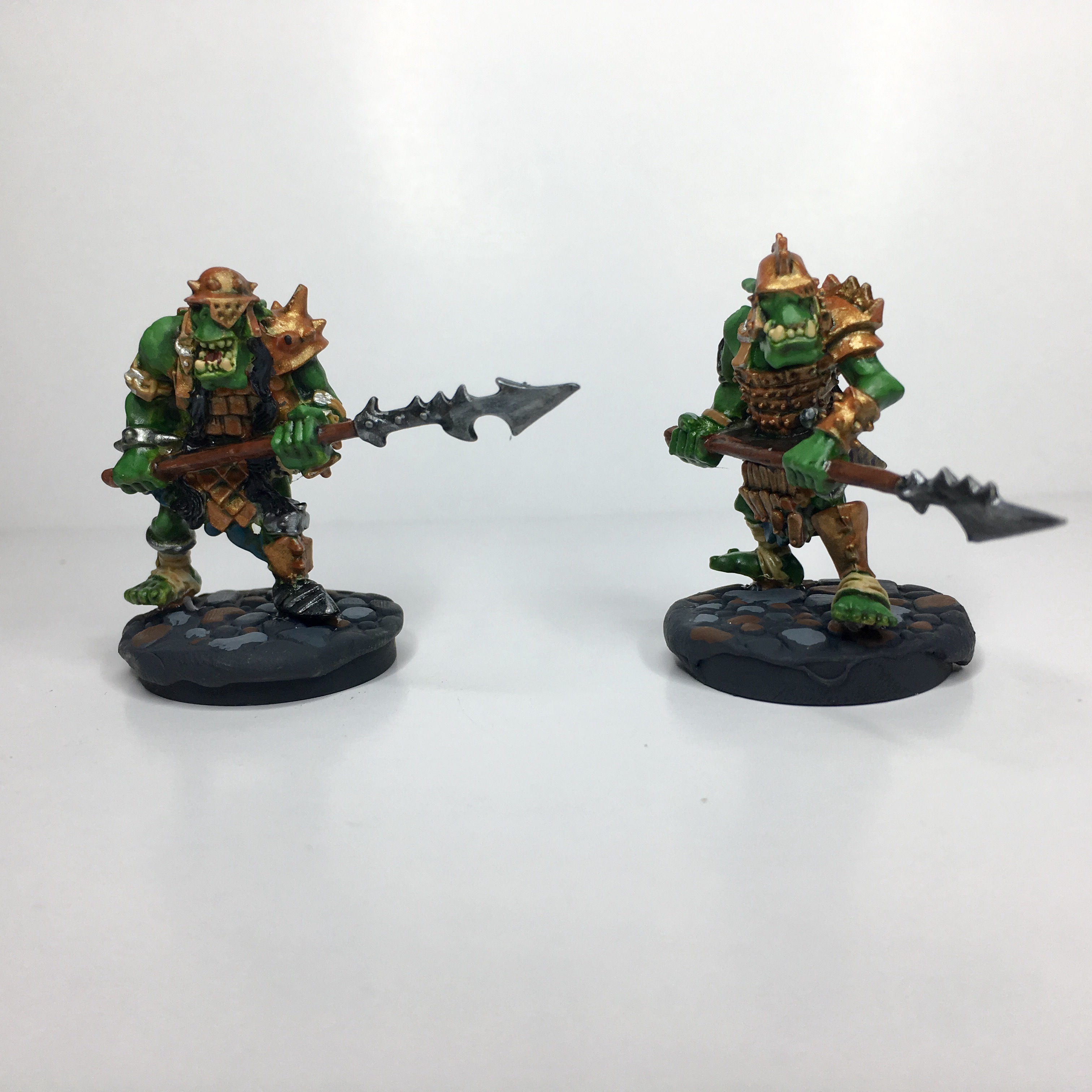 I found painting them extremely difficult and have been dragging my feet wrapping them up. The sculpts, which are from the end of WotC’s Chainmail run, are some of the worst in the line. The poses themselves are interesting and visually compelling. But the sculpts are just lazy. There is very little differentiation of the figures and the models have large patches of negative space where a more conscientious sculptor would have carved out the model to open up empty sections. I was continually needing to figure out how to paint large shadowed areas in a way that didn’t detract from the figure itself.

Those spears, for example, are not separated from the figure’s torso. There’s a massive, blobby piece that connects the two and which needs to be painted in a way that separates it from the chest armor and the spear shaft. I struggled with this a lot.

That said, I love the spears themselves and the armor. With a little more care in the production process, this could have been a really excellent piece. The Orc Trooper, for example, has a similar, two-handed weapon stance. In that case, the sculptor made the club and hands a separate piece that needed to be pinned into place. The result there is a figure that is really well defined and a joy to paint. I wonder if, by Set 4, WotC didn’t know the game was going to be cancelled and just phoned in the production process.

There wasn’t much cloth I could use to anchor these figures to the Drazen’s Horde faction color of burnt orange that I’ve been using. Instead, I had the idea of giving them copper armor. On base coating, I thought I had a real problem. The Vallejo copper is really vivid. When shading, I had the idea of giving them an oxidized look by using Vallejo green-black ink as a wash. It’s not a proper verdigris effect. For that I would have needed to paint whitish-green, encrusted patches onto armor that is already pretty well defined. This wash did a good job of taking the brightness down and giving a faint oxidized look to the recesses.

In my haste to finish them up, I forgot to paint the ties on their hair. That’s going to bug me forever. I tried highlighting the black hair with gray where the light hits it. I can see doing more of this with other figures. It really helps add a level of verisimilitude to the figures.

Taking a break from orcs and goblins for the moment. There are several hobgoblin figures I need to do. Before that, I’m taking time to paint the Owlbear, one of my favorite D&D monsters and a standout in the Chainmail line. 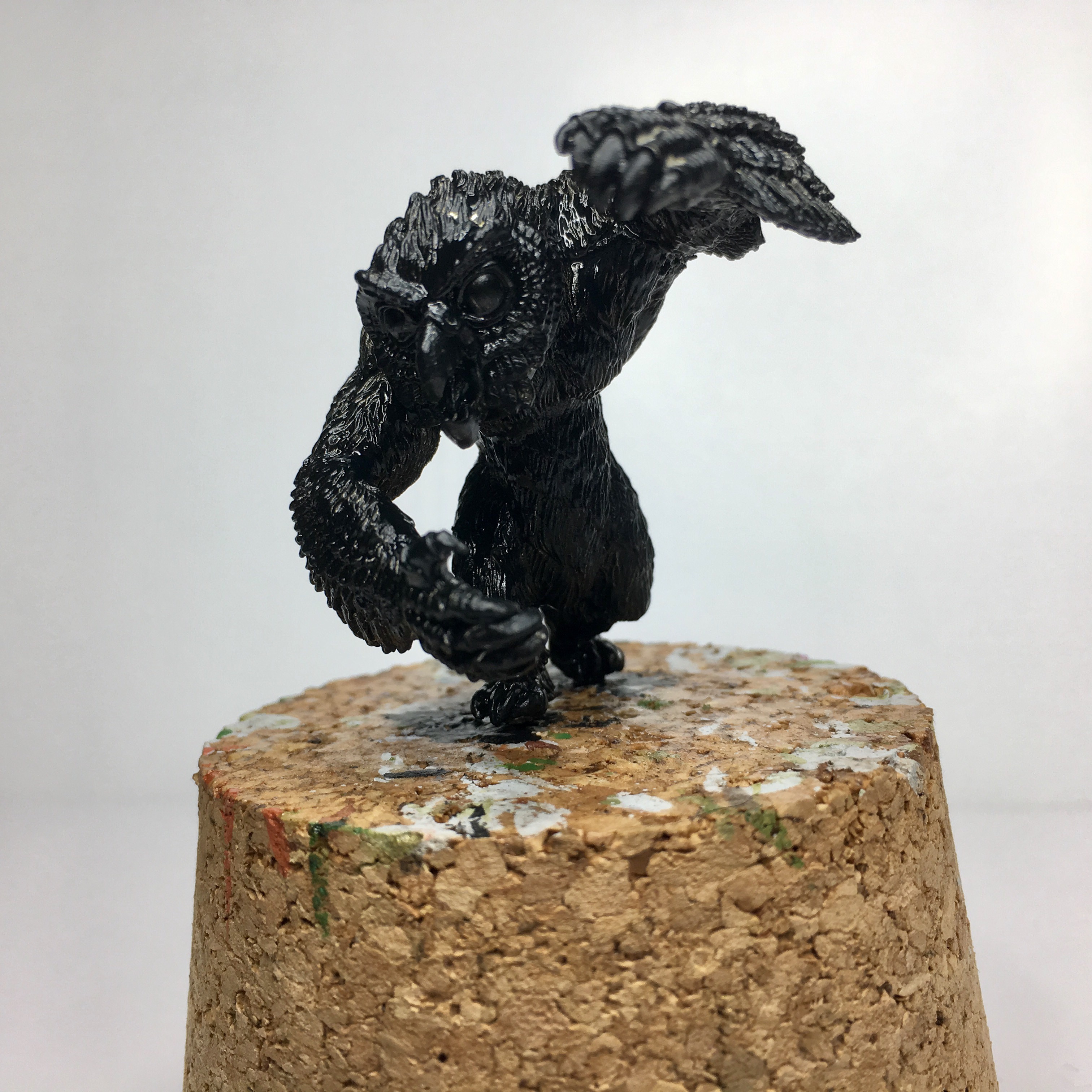 He’s pinned and primed. I should start taking a crack at him this weekend.