I finished painting her last week, but I only just now got around to basing the owlbear.

This figure was a delight to paint. I think it’s the best owlbear sculpt ever made, frankly. The detail is fine, the pose is wonderfully lively, and it’s complicated to prep and paint, but not overly so. I still love the Orc Trooper, but this is running a close second for my favorite miniature in the Chainmail line. 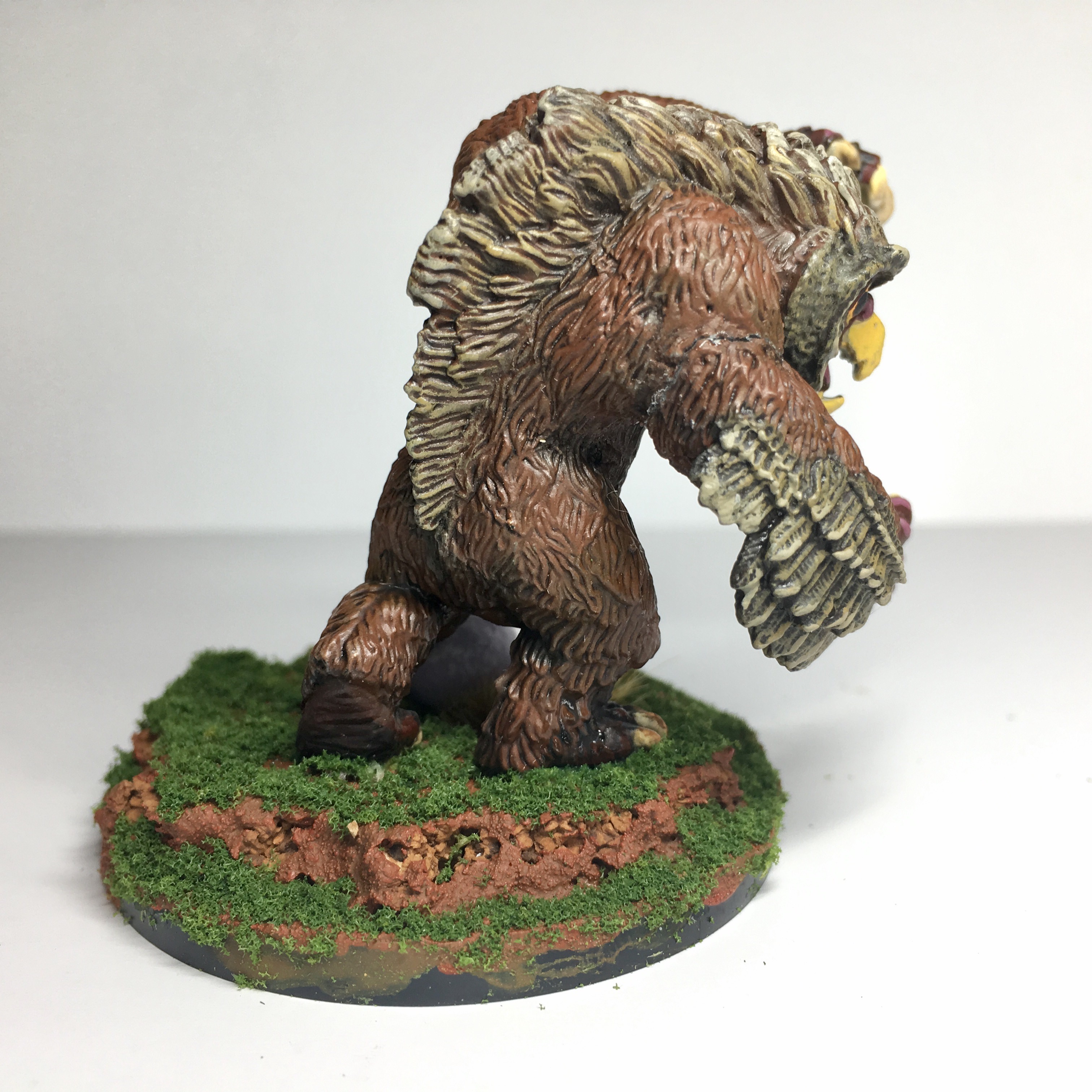 I hesitated starting this one because I didn’t want to screw it up. Once I got going, though, it was hard to stop. I went with a black primer coat, a chestnut brown basecoat on the fur, a black wash to bring out the detail, and then stippled several shades of brown to vary the fur texture. I really struggled over what to do with the feathers and crest. Some reference photos online have really brightly colored feathers which contrast sharply with the drab fur. That seemed a bit much to me, so I went with reaper Green Ochre and Khaki Shadow to keep the figure uniformly shaded but with enough variation to make the textural contrast apparent. I think it worked really well, especially in the face.

As you can see, I still didn’t thin my paint enough on the beak. The reaper yellows and oranges are really hard to keep from separating. So my first pass was way too watery and my second overcompensated. I’m still showing my trembling hand in the eye detail but honestly, I expected to do worse. I drybrushed the edges of the crest and the belly with Reaper Bleached Linen. I think that worked quite well too. 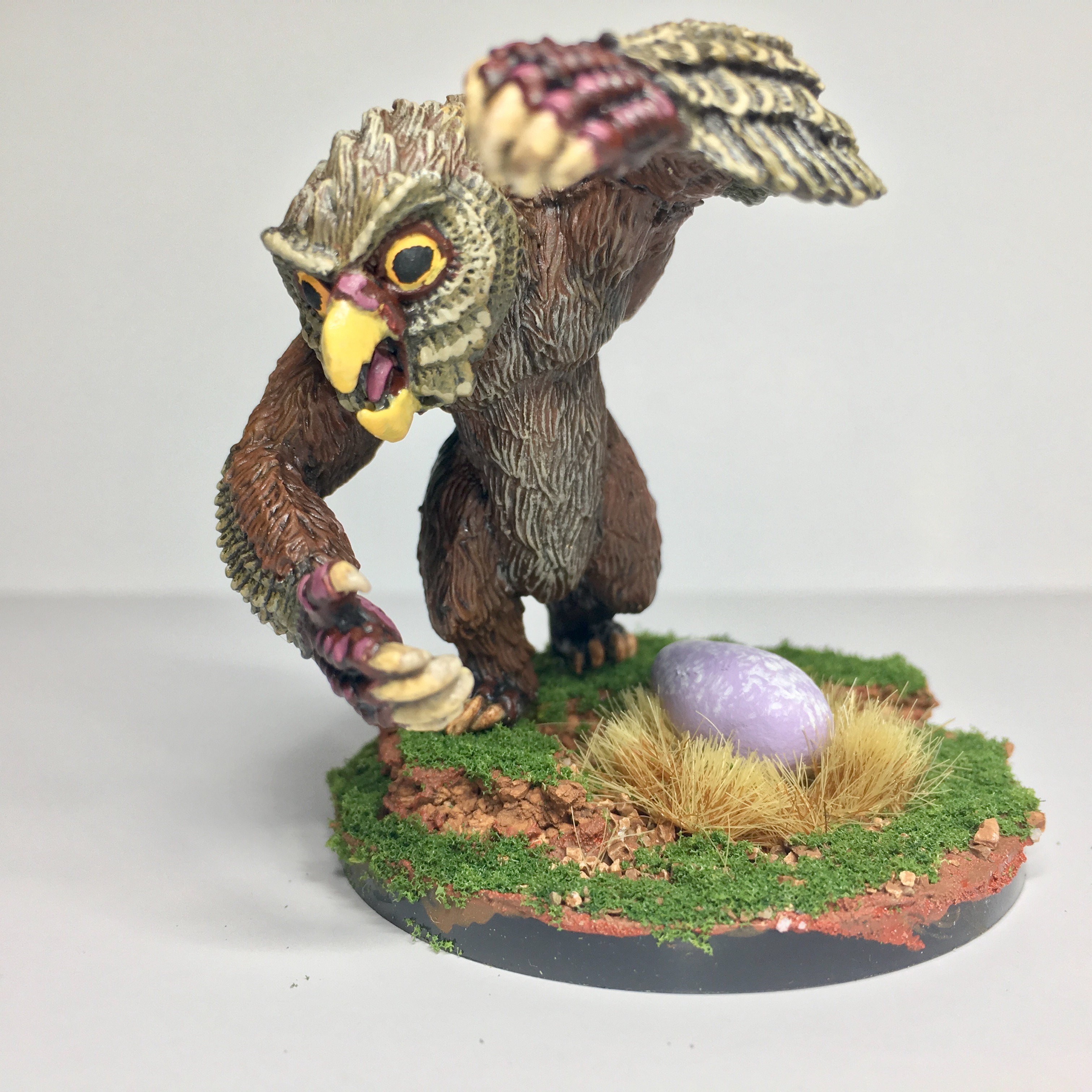 A glob of milliput putty left over from filling the truly cavernous gaps on the Ettin Trooper got turned into a nice owlbear egg. No idea what color owl eggs are in nature. A nice dappled lavender gives good tonal contrast here.

I’ve got 3 more owlbear figures in storage so I’m sure I’ll paint another of these before too long. For now, though, it’s the aforementioned Ettin Trooper. He’s already pinned, primed, and base coated. I should finish the highlights and shading in the next couple of days.

Oh, and splendid news on the collection-building front. A really great Chainmail collector from Ireland whom I’ve gotten to know from a Facebook minis trading board has given me the shadow priest and half-dragon mage. Really looking forward to seeing them. This brings my number of missing minis down to four, I think.